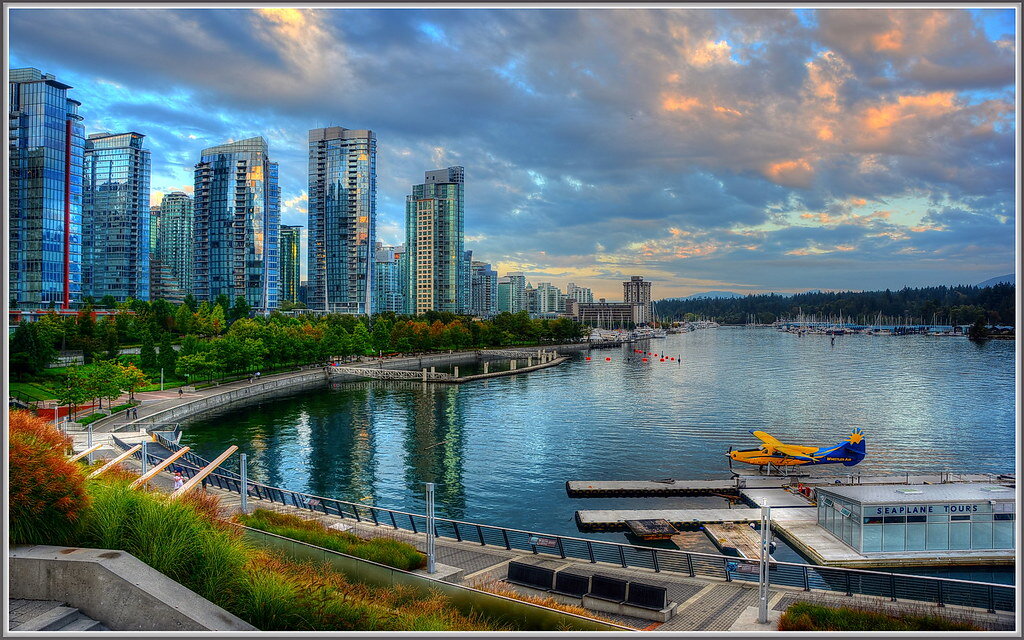 What is it known and loved for?

Coal Harbour is known for being affluent, quiet, and consisting primarily of newer residential towers — many of which would be categorized as high-end or luxury towers. Up until recently, Coal Harbour was where Vancouver’s Downtown’s luxury towers were located. While this is still the case, particularly along the waterfront, there are now stunning towers under construction or in development around other parts of Downtown Vancouver.

Coal Harbour consists mainly of newer concrete residential towers. The few towers that were older were from the mid-90’s, while the rest are all post 2000’s. The most sought-after towers are found, unsurprisingly, along the waterfront. These buildings were developed primarily by ASPAC: Waterfront Place in the early 2000’s and Harbour Green Place in 2012. Westbank is also notable in this regard with the Fairmont Pacific Rim and Shaw tower buildings.

Coal Harbour is generally the most sought-after neighbourhood for wealthy down-sizers and investors purchasing a Vancouver pied-a-terre. So, this is one common demographic in the neighbourhood.

Coal Harbour can be summarized as a ‘quiet, modern tower neighbourhood’. There are not many restaurants, bars, or shopping so there’s very little foot traffic aside from that of the Seawall.

Some buyers don’t love that it can feel a little sterile or low-energy. While not offering much in the way of restaurants, night-life, or shopping, these amenities aren’t located far away. Great restaurants become more numerous just a few blocks away in either direction. Robson shopping is also within walking distance. And, while some buyers or residents don’t appreciate the lack of ‘hustle-and-bustle’, many buyers or residents choose Coal Harbour for the calm and quiet it provides.

Coal Harbour is almost fully developed. Currently, there is some triple-A office tower development underway, as well as the noteworthy residential Terrace House under construction. In 2017, Concord Pacific purchased the Westin Bayshore site in Coal Harbour for $290 million, surely with the intention to redevelop the large site at some point in the future.

Prices in Coal Harbour tend to be the highest downtown. This is a result of the buildings being more high-end on average than other areas. It would also be due to Coal Harbour buyers, on average, being the most affluent condo buyers in the city.