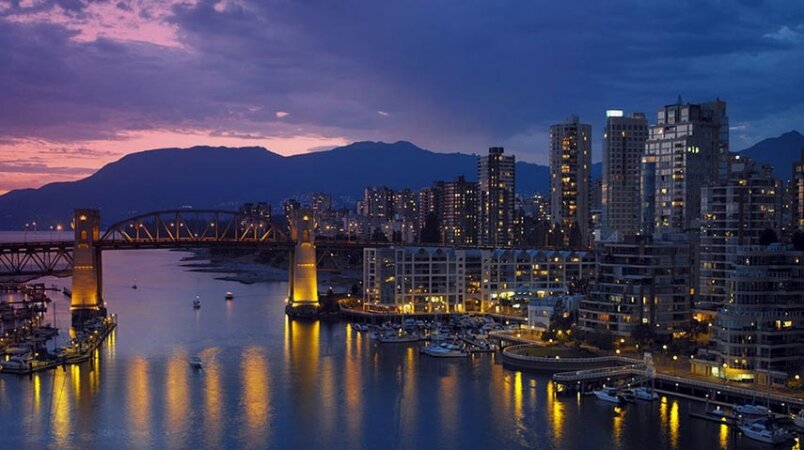 If you’ve ever tried to find Vancouver real estate advice on your own, you know that there’s an endless amount of information available. It can be hard to know what advice is worth taking—or where to even start.

Despite what might be written and shared during hot and cool real estate markets in Vancouver, it’s important to remain objective when evaluating the market. Nobody makes a good decision when they’re panicked or under pressure, so it’s important to take a step back once you have the data and make informed and rational decisions based on this.

To help you better understand the state of the real estate market in Vancouver, I provide five key indicators that signify current conditions.

To assess how strong or vulnerable a real estate market is for any city, the most important indicators to look at are:

If a real estate market is to do well in the medium to long term, what we want to see primarily is growth in the city’s gross domestic product (GDP.) This leads to employment growth, increasing population, increased rental demand, decreased vacancies, and increased rental rates. When all these factors work together, we see the growth of real estate values.

Many Vancouverites don’t want to see growth in medium to long term real estate values—likely because they don’t own a property. But, as you can imagine, most real estate owners and investors would like to see healthy returns on their investment.

According to the Conference Board of Canada, in 2017 Vancouver’s GDP was $137 billion, with a GDP growth rate of 4.5%. This means that Vancouver alone represents approximately 7.5% of Canada’s overall economy.

Another indication of a growing GDP is the availability of office space in the city. The rate of office space vacancy in Downtown Vancouver is among the lowest in history—something that is driving the development and construction of many new high-end office towers. Due to this high demand, many of these new office towers have been pre-leased before ground has even broken.

At 4.6%, BC has the lowest unemployment rate of any province in Canada. Vancouver is even lower at 4.3%. So, needless to say, employment in Vancouver is very strong. (Source: Statistics Canada).

As the population grows, the demand for housing will increase even further—and Vancouver is no exception.

The province’s population is growing at a significant rate, with Metro Vancouver’s population expected to increase by approximately 40,000 each year until 2041. (Source: The Rennie Outlook – January 2019).

As mentioned above, growing populations mean a growing demand for housing. With that in mind, it’s no surprise that rental rates in Vancouver have increased by approximately 4.5% per year on average between 2007 and 2018 (CMHC).

The low-vacancy rates in Vancouver only add to this pressure. At around 1% (CHMC), this low vacancy rate suggests that rental prices will continue to increase over time.

In addition to the four key indicators discussed above, there are other crucial factors that make up the health of a real estate market. These include infrastructure, accessibility, public transit, political climate, tax rates, business incentives, secondary suites, rental rules, and post-secondary education availability and proximity.

Considering the big picture, Vancouver is a progressive city that prioritizes green spaces and parks, integrates retail into many large-scale developments, and currently has many major office tower developments underway.

To make the city even more accessible, major public transit upgrades and projects are also in the works. One of the city’s clear objectives is densification (especially along Skytrain lines) which is an efficient way to support population growth in a sustainable way. More people doesn’t necessarily have to mean more cars on the road—something that makes Vancouver even more desirable for buyers.

As for the political climate, Vancouver is liberal and local governments are able to achieve an acceptable balance in the minds of most residents. Overall, citizens tend to feel relatively comfortable with their municipal government. While, like anywhere in the world, there are areas of policy not all citizens agree with, there is a political consensus when it comes to issues like the protection of urban parks, a focus on the development of transit systems, and general interest in community-based progress.

Based on all of these key indicators, we can conclude that Vancouver’s real estate market is likely quite safe and can expect lasting robustness. Investors shouldn’t get too worried about short term dips due to mortgage and other policy changes, but rather focus on the long-term growth and evolution of the market.